I just saw in the news that B.J. Thomas, one of my favorite musical artists, is dead at age 78. I don't know about you, but I don't like how when people pass on, they are declared DEAD. They passed away. Dead at age whatever sounds so final. So blunt. So insensitive. I prefer other words for dead such as: passed away, departed, or deceased... of which passed away or departed would be preferable to me. Those who have passed away or departed remain alive in our hearts, minds, and memories... therefore, they have not perished, they have departed... on a spiritual journey... and may we meet up with them again someday. I suppose it depends on your religious and spiritual beliefs.

Of course, there is shock, disbelief, and grief to process... especially when the passing is unexpected and they are no longer physically here to be with you or talk to you. Their passing may leave you alone and isolated. But since I rarely saw or talked to my deceased family members anyway, they still feel alive to me. I can feel my father and my brother whenever I think about them. And sometimes I can 'hear' their words when I am silent.

I found myself making up acronyms: 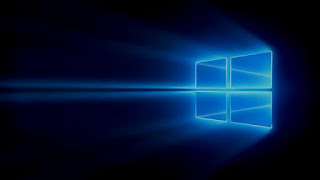 I love this Microsoft Windows photo. I feel like I am drawn into the divine light of eternity... that the window to the divine is always open. I can go in just by closing my eyes. When I 'depart,' this is where I am going. I hope no one declares me as 'dead' at age whatever. I'll live on in your hearts, minds, memories... and in all the books, letters, and newsletters I wrote. I'll be a once upon a time there lived a person named Renee... Latin for re-born.
In this lifetime, I've been re-born each time I uncovered another layer to the parts of me I had killed off due to the inability to deal with the emotional components of trauma. I am discovering the origins of my deciding I am not safe in either my life or my body. Thus, here's another acronym:
DEAD: Decipher underlying beliefs, Engage in new aspects of life, find Antidotes to suppressed emotions, and Declare your intention to rise above and beyond it all.
The next job I apply for will be Guardian Angel for both humans and critters. In the meantime, I can pass on the wisdom I gain to someone who needs it.
And there's nothing like the soul connection I feel when I gaze into the eyes of a cat, squirrel, deer, or other animal... as though we recognize each other and know who we REALLY are. 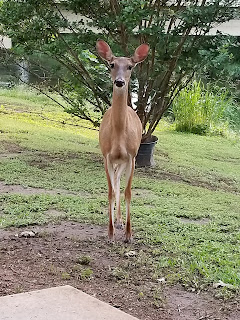